Unfortunately, Refuge didn't win an award but it was great to connect with the organisers and be part of a local (Welsh) festival that seems to be growing from strength to strength.

After Refuge, we were involved in the production of a sci-fi short called Timicide [tahym-uh-sahyd] which has made it into Cardiff Mini Film Festival under the Comedy category. 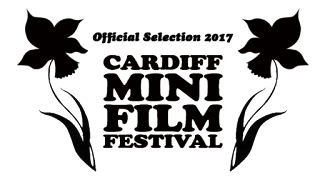 Fingers crossed for Timicide!
Posted by Farsight Films at 03:15